Market Update on Clarendon Condos for Sale in Arlington Virginia 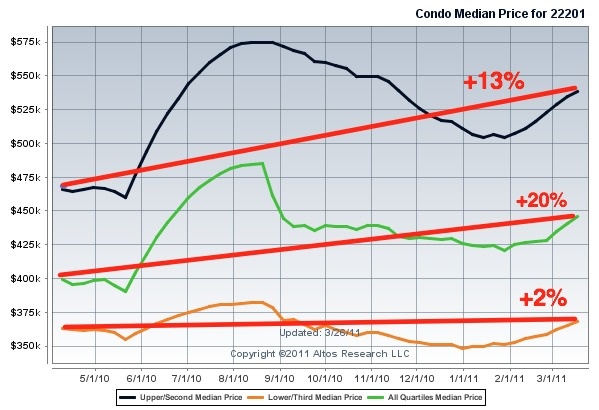 Jay Seville:  Hi, I’m Jay, the owner of Just New Listings.com realty. And I thought I’ll give you an update on the Arlington, Virginia condo market and particular, in particular the Orange Line, the Ballston, Clarendon Courthouse, Rosslyn Orange Line condo niche. Now if you Google Arlington, Virginia condos, I’m number one and if you Google something even more nichey such as Clarendon condos Arlington real estate, I’m probably number one, two and three in Google as I also have the other website, theorangeline.net. My point being if you’re thinking about buying a condo on the Orange Line my team is who you should be talking to and we will protect you financially. There is some interesting things happening in the markets, some big shifts in terms of data and well, trans regulating to crisis days on market, inventory that kind of things. So, let’s look at it and show you what’s going on and give you better understanding of the market place here in 2011. We are now kicking into the Spring market and with the Spring market inherently comes more activity, along more showings and usually more contracts et cetera. So, let’s see what’s actually happening with crunching the numbers.

Days on Skyrocket In Recent Months After Tax Credit Frenzy 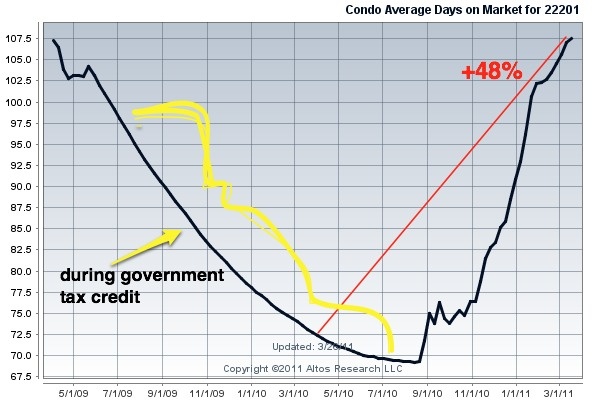 First chart I’m going to show you is medium days on market. This is going back two years that where you have some prospective seeing before the – seeing it currently as well as during the, you know, the government interference in the market place scenario with the, the tax credit that was meant to stimulate the economy in the real estate industry et cetera. So, check this out here, you have during the government tax credit, the average days on market to sell a condo in 22201 which is the general Clarendon area plummeted from 107 down to like 70. That’s a huge decrease in the amount of time to sell property. Since then and went straight back up to where it was before. It’s amazing how that works, isn’t it.  So, I really think that a lot of people just shifted their calendar dates to their purchasing transaction and listing transaction. Lot of people scooted their transaction up to meet the government calendar date for the stimulus and after that it’s just slow way down because now instead of listening, those people are enlisted before because they were trying to get in on the [Indiscernible] [0:02:35] that was going on last year. So, interesting sort of funny, 48 percent increase in the days on market is where we are at compared to a year ago. And it’s been really kicked in around September and has been going steadily that way. I expected just sort of flatten half going the rest of the year for it’s worth. 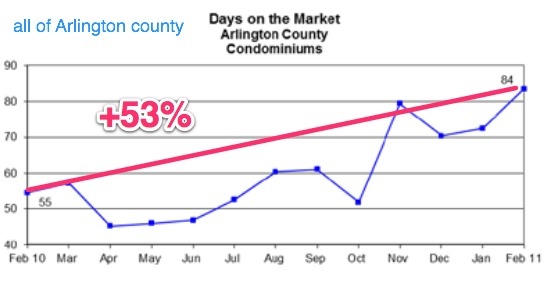 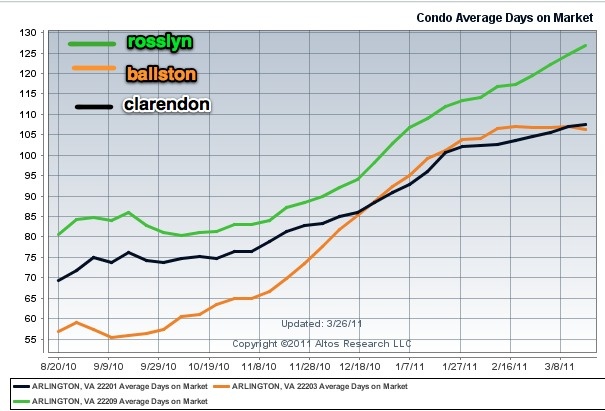 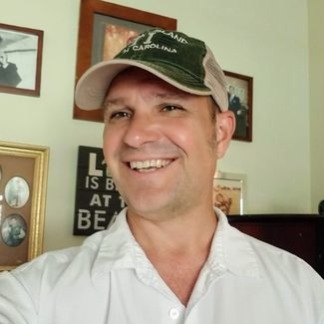